Click here to read his winning review on our blog.

Our congratulations also go to the four lucky runners-up who all win a copy of a discworld novel signed by Sir Terry Pratchett & Paul Kidby.

Read all of the runner-up reviews on our blog.

We would like to take this opportunity to thank everyone who took the time to enter this competiton, we had a fantastic response and it was a joy reading all of the entries.

Special thanks goes to Marc Gascoigne from Angry Robot Books for donating his time to help judge the competition with David Birkett.

Ook! The Library in Ankh-Morpork is on fire.  Even the long-limbed, agile Librarian will have time to save only one volume from the conflagration, and, as he’s squatting near the science-fiction and fantasy sections, the surviving book must come from there.  We’d like you to tell us, in a review of no more than 500 words, which book it ought to be.

Entries should be emailed to enquiries@thegreatbritishbookshop.co.uk, using SFcomp as the heading. Judges of the competition will include Marc Gascoigne MD & Publisher, Angry Robot Ltd, and our very own David Birkett. We’ll publish a selection of the book review entries, and the winner will receive this exclusive print signed by Sir Terry Pratchett and the Discworld artist Paul Kidby, the latter of whom created the amazing BookBench that we sponsored as part of the Books about Town campaign. The winner and four runners-up will also receive paperbacks of Sir Terry Pratchett's Wee Free Men and Going Postal, signed by the author and Paul Kidby.

Entries should be received by midnight on the 31st October 2014.

In summary, how to enter... 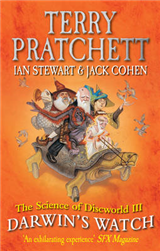 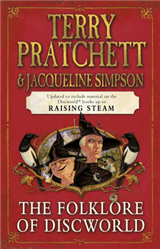