Whether you're getting the low-down before you go or craving more details after you've seen the show. Our selection of companions for this season's big and small screen releases are sure to keep you in the know!

MARVEL'S AVENGERS : AGE OF ULTRON PRELUDE  By Will Pilgrim

Relive the historic first meeting between Marvel's mightiest heroes as Loki's plot to gain ultimate power sparks a worldwide manhunt, a vicious war against the invading Chitauri in the heart of New York City and the founding of the mighty Avengers! Next, an all-new Infinite-style adventure in the Marvel Cinematic Universe, set between the events of Captain America: The Winter Soldier and Avengers: Age of Ultron! For more Avengers titles see our graphic novels feature

THE TRUE MEANING OF SMEKDAY  By Adam Rex

The glorious leader of the Boovs, Captain Smek, has called for the invasion of Earth. But the plan goes very wrong when a cute and cuddly - and utterly hopeless - Boov makes a huge mistake. Now something much more dangerous is heading their way ...Will human girl, Tip, be able to save her home? The original and hilarious comic sci-fi adventure that inspired the major motion picture, HOME.

Tired from a grim war in America, Ross Poldark returns to his land and his family. But the joyful homecoming he has anticipated turns sour, for his father is dead, his estate is derelict and the girl he loves is engaged to his cousin. But his sympathy for the destitute miners and farmers of the district leads him to rescue a half-starved urchin girl from a fairground brawl and take her home - an act which alters the whole course of his life

The moving story of a fifty year old woman, Alice, who finds herself in the degenerative grip of Alzheimer's Disease, portrayed in an award winning performance by actress Julianne Moore. A university professor, wife, and mother of three, she still has so much more to do - books to write, places to see, grandchildren to meet. But when she can't remember how to make her famous Christmas pudding, when she gets lost in her own back yard, when she fails to recognise her actress daughter after a superb performance, she comes up with a desperate plan. But can she see it through? Should she see it through? Losing her yesterdays, living for each day, her short-term memory is hanging on by a couple of frayed threads. But she is still Alice!

When literature student Anastasia Steele interviews successful entrepreneur Christian Grey, she finds him very attractive and deeply intimidating. Convinced that their meeting went badly, she tries to put him out of her mind - until he turns up at the store where she works part-time, and invites her out. Unworldly and innocent, Ana is shocked to find she wants this man. And, when he warns her to keep her distance, it only makes her want him more. As they embark on a passionate love affair, Ana discovers more about her own desires, as well as the dark secrets Christian keeps hidden away from public view ...

Click here to view more from our Romance Collection

WOMAN IN BLACK - ANGEL OF DEATH  By Martyn Waites

Angel of death is the sequel to the 2012 hit movie Woman in Black starring Daniel Radcliffe, which to date is the highest grossing British horror film of all time. The book/film is set 40 years on from the original and is based around the time of blitz soaked London and begins with Teacher Eve Parkins in charge of a group of children evacuated to the country. The unfortunate group in the story are sent to the foreboding Eel Marsh house which in turn awakens the malevolent spirit of the woman in black, who as we know...Never forgives, never forgets and never left!

"There have been a number of outstanding dystopian fantasies emerging from America, but The Hunger Games is the most profoundly imagined, nightmarish, romantic, psychologically plausible and well-written. You can’t stop reading, once begun… The Hunger Games trilogy is more than just a very clever futuristic thriller. It’s quite possibly the best SF novel for teenagers since Huxley’s Brave New World.“
- Amanda Craig on Mockingjay

Hungry for more!...See our collection of Hunger Games titles

THE HOBBIT: BATTLE OF THE
FIVE ARMIES By Natasha Hughes

In December 2014 the film release of “The Hobbit: The Battle of the Five Armies” brings to an epic conclusion the adventures of Bilbo Baggins (Martin Freeman), Thorin Oakensheild (Richard Armitage) and the Company of Dwarves.
This book is the ultimate companion to the third in the trilogy of films from Academy Award-winning filmmaker Peter Jackson.

For more Middle Earth adventures! ...See our collection of Tolkien

One of 2014's top Sci-Fi movies, INTERSTELLAR was directed by Christopher Nolan and stars Hollywood actors Matthew McConaughey, Anne Hathaway and Michael Caine. Inspired by the work of Theoretical Physicist Kip Thorne, the story is centred around an interglactic voyage of discovery to fnd a new habitable planet that will provide a chance of survival for the humanity.

This book is the complete story of the film and is a must have for all sci-fi and movie fans this Christmas.

Click here to view more from our Sci-Fi collection

Marvel's The Fantastic Four was their first superhero team and over the years has become extremely popular. Now after several years comes a reboot to the movie franchise.

Going back right to the beginning, four young outsiders acquire amazing abilities after a trip to an alternate universe changes their physical forms in unforeseen ways.

From Walt Disney Animation Studios comes a new movie by the team behind the classic ‘Wreck it Ralph’ and the monster hit ‘Frozen’. Big Hero 6, inspired from the pages of marvel comics, is a fun-packed comedy-action adventure about the bond that develops between the two main characters,
13 year old Hiro and Baymax who is a large inflatable robot. When events threaten to destroy the fictional city of San Fransokyo, Hiro assembles a team of friends called ‘Big Hero 6’ to try and save
the day.

DOCTOR WHO - THE CRAWLING TERROR By Mike Tucker

2014 was a pretty exciting year for the world’s longest-running sci-fi programme, not only did we have a new series, but also a ‘NEW’ Twelfth Doctor in the guise of accomplished actor - Peter Capaldi. The time-travelling eccentric hero was far from the ‘cute n cuddly’ uncle styling of the previous Doctor, Matt Smith, instead Peter portrayed a much darker and mature Doctor. With both critical acclaim and a fanbase of ‘astronomical’ proportions it’s onwards and upwards for the twelfth Doctor, and we now wait for the Christmas special, but for those of you who just can’t wait for the good Doctor to return we have a selection of NEW Doctor Who titles waiting to take you on another adventure through time and space

A YEAR IN THE LIFE OF DOWNTON ABBEY  By jessica Fellowes

Set in the Yorkshire country estate of Downton Abbey this post-edwardian era period drama has won numerous accolades to much critical acclaim. Downton Abbey follows the lives of the aristocratic Crawley family and their servants. This period drama shows day-to-day living and the effects on the British social hierarchy of great historic events of the time, including the sinking of the Titanic and the outbreak of WW1. You can now step back in time and read all about it, behind the scenes gossip and get insider knowledge, see our Downton Abbey collection 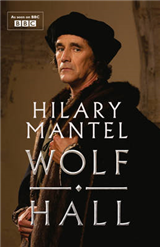 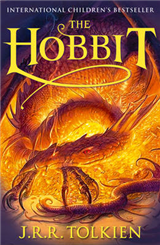