From the Victorian era to the early years of the 1960s, Summer in Britain meant a mass exodus, as millions of Britons boarded steam locomotives and charabancs to swap the drudgery of life in the country's industrial heartlands for the fleeting pleasures of the coast.

Author and journalist SARAH FREEMAN is currently features editor of the Yorkshire Post newspaper. While born and brought up in landlocked Leeds, she spent much of her childhood in a cagoule, eating egg sandwiches on a beach in Scarborough and to this day still has an unhealthy obsession with two-penny slot machines.

Through the stories of the most popular destinations - from Brighton and Margate to Scarborough and Blackpool - Beside the Sea steps back in time to relive the heyday of the Great British seaside.

'Exploring the piers, the grand hotels and music halls, the heyday of Butlin's and Pontins, the beachfront amusements and entertainers, and the great locomotives that once carried millions of British families to their summer holiday-on-sea'

What it discovers is a cultural and architectural golden age. A time when the grand hotels, ballrooms, holiday camps, piers and amusements were thronged with visitors during high season. An era when the variety acts who packed out the theatres and music halls were among the most famous names in the land. And a world in which the beach meant fish and chips, donkey rides and bathing suits, not palm trees, bikinis and white sands.

Combining stunning archive photography with memories from people who worked, or holidayed, at these resorts, Wish You Were Here celebrates a forgotten time and place in British life, and offers a lament for the magical beachfronts that have since fallen into decay, or been wiped away by developers.

Other titles available from Aurum Press include... 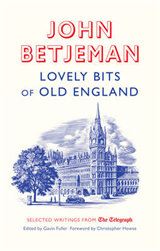