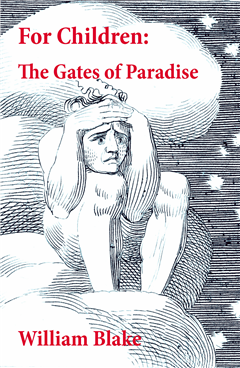 This carefully crafted ebook: “For Children: The Gates of Paradise (Illuminated Manuscript with the Original Illustrations of William Blake)” is formatted for your eReader with a functional and detailed table of contents.

First published in a limited run in 1793. He later changed the title to For the Sexes: The Gates of Paradise, and added several more drawings as well as a preface and concluding verse, publishing this version in 1818.The seventeen emblematic drawings and their commentaries depict the life of man from birth to death: passage through the four elements (water, earth, wind and fire), hatching as a child from the "mundane shell," encountering women ("What are these! Alas! the Female Martyr, Is She also the Divine Image?"), reaching for the moon of love ("I want, I want"), falling into Time's Ocean.

William Blake (1757 – 1827) was a British poet, painter, visionary mystic, and engraver, who illustrated and printed his own books. Blake proclaimed the supremacy of the imagination over the rationalism and materialism of the 18th-century. Largely unrecognised during his lifetime, Blake is now considered a seminal figure in the history of both the poetry and visual arts of the Romantic Age. 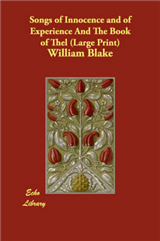 Songs of Innocence and of Experience and the Book of Thel 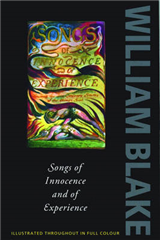 Songs of Innocence and of Experience 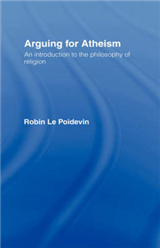 Arguing for Atheism: An Introduction to the Philosophy of Religion 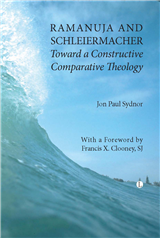