Tweet
ã DESCRIPTION Erlang is a seasoned development platform that offers highly-efficient concurrency, scalability, and fault-tolerance. Elixir is a modern programming language that takes advantage of the Erlang Virtual Machine without the complex syntax and conventions of the Erlang language. Elixir offers Ruby-like elegance along with the power to develop bulletproof scalable, fault tolerant, distributed server systems that can handle massive numbers of simultaneous clients and run with almost no downtime. Elixir in Action shows how to use the Elixir programming language to solve practical problems associated with scalability, concurrency, fault-tolerance, and high-availability. It starts with a quick overview of Elixir, mapping familiar language concepts to the Elixir syntax. With a solid foundation, readers can confidently explore Elixir's seamless integration with the Erlang Virtual Machine and supporting OTP library that offers battle-tested, industry proven abstractions that can be used immediately in applications. Finally, the book provides guidance on creating deployable releases, distribute the system over multiple machines, and control the running system in production. Key Features Practical introduction to Elixir, the EVM, and the OTP library Solves practical problems associated with server side systems Based on the author's hands-on production experience with Elixir and Erlang AUDIENCE Requires no previous experience with Elixir, Erlang, or the OTP. Readers should be experienced software developers, familiar with another programming language, such as Ruby, JavaScript, or C#. ABOUT THE TECHNOLOGY Erlang can be used to develop server systems that can sustain large number of simultaneous clients and run with almost no down time. Some popular systems using Erlang include Facebook chat backend, WhatsApp, Ericsson telecom systems, Riak database and Heroku application cloud. Elixir is a modern programming language which can be used to take advantage of the Erlang virtual machine with significantly greater ease. 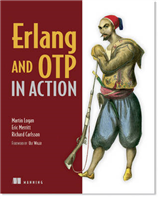 Erlang and OTP in Action 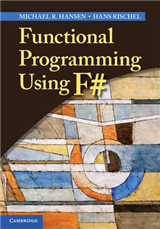 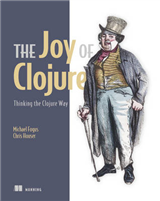 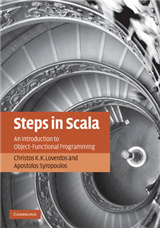 Steps in Scala: An Introduction to Object-Functional Programming 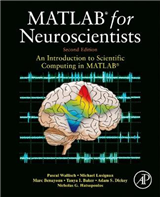 By Tanya I. Baker