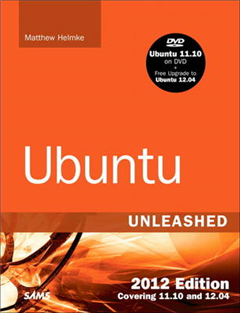 Tweet
Ubuntu Unleashed is filled with unique and advanced information for everyone who wants to make the most of the Ubuntu Linux operating system. This new edition has been thoroughly revised and updated by a long-time Ubuntu community leader to reflect the exciting new Ubuntu 11.10 "Oneiric Ocelot" and the forthcoming Ubuntu 12.04. Former Ubuntu Forum administrator Matthew Helmke covers all you need to know about Ubuntu 11.10/12.04 installation, configuration, productivity, multimedia, development, system administration, server operations, networking, virtualization, security, DevOps, and more-including intermediate-to-advanced techniques you won't find in any other book. Helmke presents up-to-the-minute introductions to Ubuntu's key productivity and Web development tools, programming languages, hardware support, and more. You'll find brand-new coverage of the new Unity desktop, new NoSQL database support and Android mobile development tools, and many other Ubuntu 11.10/12.04 innovations. Whether you're new to Ubuntu or already a power user, you'll turn to this book constantly: for new techniques, new solutions, and new ways to do even more with Ubuntu! Matthew Helmke served from 2006 to 2011 on the Ubuntu Forum Council, providing leadership and oversight of the Ubuntu Forums, and spent two years on the Ubuntu regional membership approval board for Europe, the Middle East, and Africa. He has written about Ubuntu for several magazines and websites, is a lead author of The Official Ubuntu Book. He works for The iPlant Collaborative, which is funded by the National Science Foundation and is building cyberinfrastructure for the biological sciences to support the growing use of massive amounts of data and computationally intensive forms of research. Quickly install Ubuntu, configure it, and get your hardware running right Configure and customize the new Unity desktop or alternatives such as GNOME Get started with multimedia and productivity applications, including LibreOffice Manage Linux services, users, and software packages Administer and use Ubuntu from the command line Automate tasks and use shell scripting Provide secure remote access Manage kernels and modules Administer file, print, email, proxy, LDAP, and database services both SQL and NoSQL Use both Apache and alternative HTTP servers Support and use virtualization Use Ubuntu in cloud environments Learn the basics about popular programming languages including Python, PHP, and Perl, and how to use Ubuntu to develop in them Learn how to get started developing Android mobile devices Ubuntu 11.10 on DVD DVD includes the full Ubuntu 11.10 distribution for Intel x86 computers as well as the complete LibreOffice office suite and hundreds of additional programs and utilities. Free Upgrade! Purchase this book anytime in 2012 and receive a free Ubuntu 12.04 Upgrade Kit by mail U.S. or Canada only after Ubuntu 12.04 is released. See inside back cover for details. 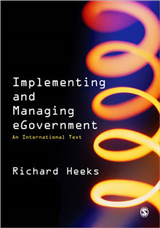 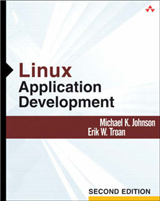 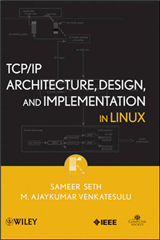 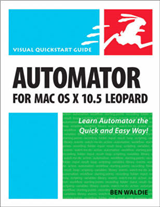 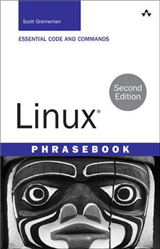