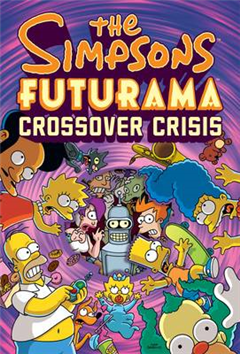 Tweet
At last! It's the meeting of two mind-boggling comedy creations from Matt Groening! They said it couldn't be done. But we don't listen to naysayers, refuseniks, and non-believers. So here it is, folks! The epic story that you've been waiting for ...a story so big, so ambitious, so sweeping that it can only be told in a 208-page, large format, slipcased edition, complete with new material, supplemental stories, preliminary sketches, character designs, and a pin-up gallery featuring the talents of comics industry luminaries Alex Ross, Sergio Aragones, Geof Darrow, Kyle Baker, and Bernie Wrightson, among others. What would happen if the Planet Express crew and the citizens of New York City in the 31st century met the Simpsons and the citizens of Springfield ...and how is it even possible? Prepare yourself for a Simpsons saga filled with Futurama! A Futurama fable suffused with the Simpsons! Featuring a plethora of pleasing plot devices including: evil brain spawn, lactose-intolerant space aliens, a giant ball of yarn, flying cars, mistaken identities, world domination, the brittle fabric of reality torn asunder, this is a comic book - collecting sentient planet, the Dewey Decimal system, self-eating watermelons, slave labor, space pirates, power-crazed vampires, super hero battles, unflattering underwear, mad science run amok, and much, much more! It's a comic convergence on a reality ripping, time altering, space traveling, intergalactic scale! It's the Simpsons/Futurama Crossover Crisis - uncut and all comedy! First published in 2002 and 2005 as two two-part, comic book mini-series "Futurama/Simpsons Infinitely Secret Crossover Crisis" and "The Simpsons/Futurama Crossover Crises II", these four hard-to-find comics are collected together for the first time in a hardcover collection, encased in a die-cut slipcase, and packaged with a fascimile of the very first Eisner Award-winning issue of "Simpsons Comics" from 1993. 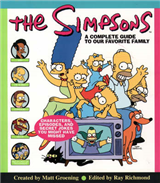 The Simpsons: A Complete Guide to Our Favourite Family (Seasons 1-8)

Cyanide and Happiness: I\'m Giving You the Finger 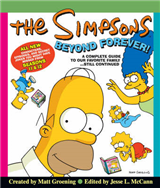 The Simpsons Beyond Forever!: A Complete Guide to Our Favorite Family ... Still Continued 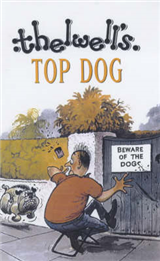 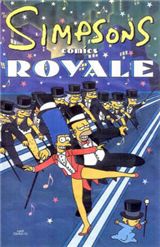