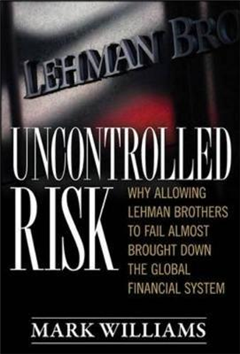 Tweet
How Excessive Risk Destroyed Lehman and Nearly Brought Down the Financial Industry "Uncontrolled Risk will ruffle feathers-and for good reason-as voters and legislators learn the diffi cult lessons of Lehman's collapse and demand that we never forget them." Dr. David C. Shimko, Board of Trustees, Global Association of Risk Professionals "Uncontrolled Risk is a drama as gripping as any work of fiction. Williams's recommendations for changes in the governance of financial institutions should be of interest to anyone concerned about the welfare of global financial markets." Geoffrey Miller, Stuyvesant Comfort Professor of Law and Director, Center for the Study of Central Banks and Financial Institutions, New York University "The complex balance of free enterprise on Wall Street and the healthy regulation of its participants is the central economic issue of today. Williams's forensic study of Lehman's collapse may be the best perspective so far on the issues that now face regulators." Jeffrey P. Davis, CFA, Chief Investment Officer, Lee Munder Capital Group "Provides a very perceptive analysis of the fl aws inherent in risk management systems and modern fi nancial markets. Mandatory reading for risk managers and financial industry executives." Vincent Kaminski, Professor in the Practice of Management, Jesse H. Jones Graduate School of Business, Rice University "Gives the reader much food for thought on the regulation of our financial system and its interplay with corporate governance reform in the United States and around the world." Professor Charles M. Elson, Edgar S. Woolard Jr. Chair in Corporate Governance, University of Delaware The risk taking behind Wall Street's largest bankruptcy . . . In this dramatic and compelling account of Lehman Brothers' spectacular rise and fall, author Mark T. Williams explains how uncontrolled risk toppled a 158-year-old institution-and what it says about Wall Street, Washington, D.C., and the world financial system. A former trading floor executive and Fed bank examiner, Williams sees Lehman's 2008 collapse as a microcosm of the industry-a worst-case scenario of smart decisions, stupid mistakes, ignored warnings, and important lessons in money, power, and policy that affect us all. This book reveals:The Congressional inquisition of disgraced CEO Dick Fuld: Did he really deserve it? How the investment-banking money machine broke down: Can it be fixed? The key drivers that caused the financial meltdown: Can lessons be learned from them? The wild risk taking denounced by President Obama: Is Washington to blame, too? The ongoing debate on reform and regulation: Can meaningful reform avert another financial catastrophe? This fascinating account traces Lehman's history from its humble beginnings in 1850 to its collapse in 2008. Lehman's story exemplifies the everchanging trends in finance-from investment vehicles to federal policies-and exposes the danger and infectious nature of uncontrolled risk. Drawing upon first-person interviews with risk management experts and former Lehman employees, Williams provides more than just a frontline report: it's a call to action for Wall Street bankers, Washington policymakers, and U.S. citizens-a living lesson in risk management on which to build a stronger fi nancial future. Williams provides a tenpoint plan to implement today-so another Lehman doesn't collapse tomorrow. Includes a ten-point plan to ensure a strong financial future for both Wall Street and Main Street 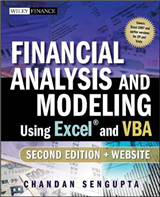 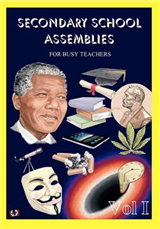 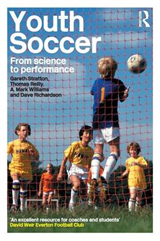 Youth Soccer: From Science to Performance

By A. Mark Williams 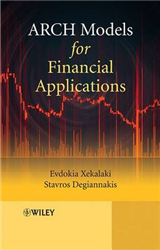 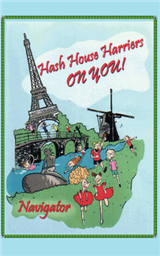 HASH HOUSE HARRIERS - On You!