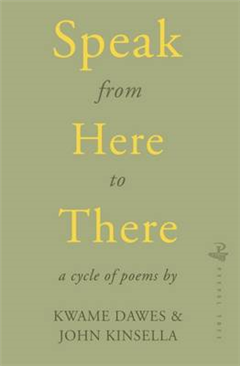 Tweet
For six months during 2015, two poets known for their capacity to create lyric responses to the complex realities around them, yet poets fully inscribed in both a western literary tradition and other longer traditions that have been marginalized, exchanged poems that were in constant dialogue even as they remained wholly defined and shaped by the details of their own private and public lives. Kwame Dawes base was flat prairieland of Lincoln, Nebraska, a mid-American landscape in which he, a black man, felt at once alien and curiously committed to the challenges of finding home; and John Kinsella s base was in the wide open violently beautiful landscape of western Australia, his home ground, thick with memory and heavy with the language of ecological change, political ineptitude and artistic defiance. E-mail was the bridge. These two poets found themselves in the middle of the swirl of political and social upheavals in their spheresDawes contemplating race in the crucible of police killings of black bodies in the US, and Kinsella carrying the weight of contemplating and challenging the injustice of the theft of indigenous land and country in Australia and the terrible treatment of refugees and immigrants in that country. These poems reflect the very different worlds that have shaped these writers, and in the wonderful way that poetry can chart the unpredictable journey towards friendship. They also reflect commonalities: love of family, regret, cricket, art, politics, music, and travel. Indeed, there is much in these poems that provides us with a remarkable accounting of what can occupy and frighten and delight two thinking and creative men who have devoted a great deal of energy and time into making poems in the day to day unfolding of our world. The pleasure that is seeded into the poems is apparentin poem after poem one senses just how each is hungry and anxious to hear from the other and to then treat the surprises and revelations that arrive as triggers for his own lyricintrospective, risky, complex and formally considered and beautiful. The respect and admiration that these two poets have for each other is apparent in the poemsin the echoes, in the ways in which they stretch one another, and in the ease of languagea kind of poetic honesty that comes from authority, assurance, and curiosity. This was an accidental pairingan email exchange between an editor and a poet that blossomed into a dare of sorts, and then into a project that came under the brilliant scrutiny of two prolific artists writing at the height of their poetic strength. Speak from Here to There reminds us of the ways that poetry can offer comfort and solace to the poet and how, at the same time, it can supply the ignition for a peculiar creative frenzy that enriches us all." 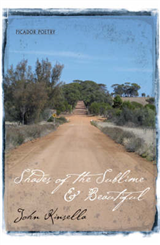 Shades of the Sublime and Beautiful 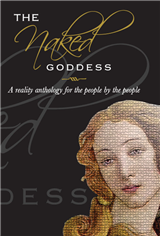 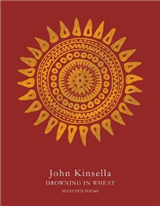 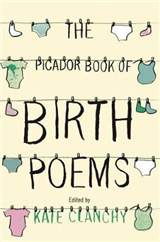 The Picador Book of Birth Poems 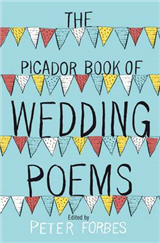 The Picador Book of Wedding Poems