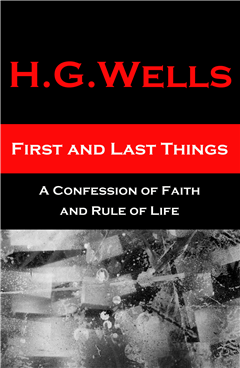 This carefully crafted ebook: “First and Last Things - A Confession of Faith and Rule of Life (The original unabridged edition, all 4 books in 1 volume)” is formatted for your eReader with a functional and detailed table of contents.

First and Last Things is a 1908 work of philosophy by H. G. Wells. Its main intellectual influences are Darwinism and certain German thinkers Wells had read, such as August Weismann. The pragmatism of William James, who had become a friend of Wells, was also an influence.

The Necessity for Metaphysics.

The Resumption of Metaphysical Enquiry.

The World of Fact.

Scepticism of the Instrument.

Planes and Dialects of Thought.

Practical Conclusions from These Considerations.

My Primary Act of Faith.

On Using the Name of God.

Free Will and Predestination.

A Picture of the World of Men.

A Review of Motives.

The Being of Mankind.

A Criticism of Christianity.

A Criticism of Certain Forms of Socialism.

The Case of the Wife and Mother.

Of an Organized Brotherhood.

The Idea of the Church.

Of Abstinences and Disciplines.

On Forgetting, and the Need of Prayer, Reading, Discussion and Worship.

On Debts of Honour.

The Idea of Justice.

Of Love and Justice.

The Weakness of Immaturity.

Possibility of a New Etiquette.

The Institution of Marriage.

Conduct in Relation to the Thing that is.

The Nature of Love.

The Will to Love.

The Consolation of Failure.

Herbert George "H. G." Wells (1866 – 1946) was an English writer, now best known for his work in the science fiction genre. He was also a prolific writer in many other genres, including contemporary novels, history, politics and social commentary, even writing textbooks and rules for war games. Wells was now considered to be one of the world's most important political thinkers and during the 1920s and 30s he was in great demand as a contributor to newspapers and journals. 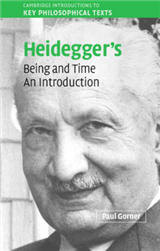 Cambridge Introductions to Key Philosophical Texts: Heidegger\'s Being and Time: An Introduction 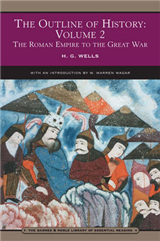 The Outline of History: Volume 2 (Barnes & Noble Library of Essential Reading): The Roman Empire to the Great War 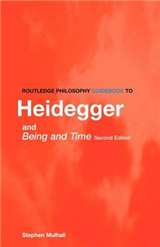 Routledge Philosophy Guidebook to Heidegger and Being and Time 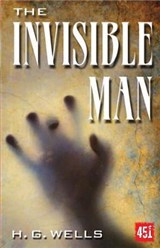 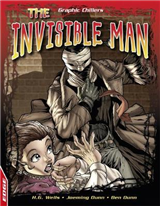