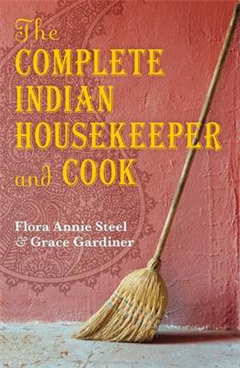 Tweet
First published in 1888, The Complete Indian Housekeeper and Cook sought to provide practical advice to young memsahibs in India, 'giving the duties of mistress and servants, the general management of the house and practical recipes for cooking in all its branches'. Ostensibly a manual of household management, it opens a fascinating window on to the day-to-day life of the British in India. Brisk, capable, humorous, highly opinionated and frequently ironic, the voice that emerges commands the reader's attention; Steel and Gardiner's mission to uphold British standards in Indian kitchens has illuminating parallels with the running of the British Empire, and their domestic guide reveals as much about British attitudes to India as any history book on the Raj. They explain how to 'make a hold' over servants, how to establish and stock a storeroom, how to plan a menu, manage young children, treat bites from 'mad, or even doubtful dogs', and teach an Indian cook how to make fish quenelles. Whether living in camps or in the jungle, on the hills or in the plains, no British woman would be at a loss with The Complete Indian Housekeeper by her side. The Mrs Beeton of British India, Steel and Gardiner's classic work was hugely popular and many times reprinted. This new edition illuminates the fascinating details of imperial household economics as seen through the eyes of these two curious, intelligent, and widely travelled women. 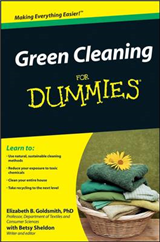 By Elizabeth B. Goldsmith 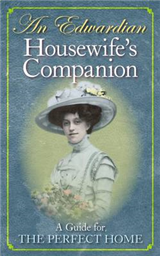 An Edwardian Housewife\'s Companion: A Guide for the Perfect Home 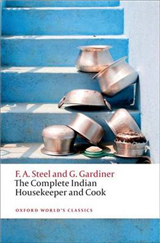 The Complete Indian Housekeeper and Cook