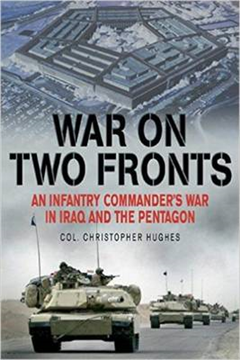 Tweet
Winner of The Army Historical Foundation's Distinguished Writing Award for Excellence in U.S. Army History Writing - Journals, memoirs and letters, June 2008 Shortly after the launch of Operation Iraqi Freedom, the war in Iraq became the most confusing in U.S. history, the high command not knowing who to fight, who was attacking Coalition troops, and who among the different Iraqi groups were fighting each other. Yet there were a few astute officers like Lt. Col. Christopher Hughes, commanding the 2d Battalion of the 327th Inf. Regiment, 101st Airborne, who sensed the complexity of the task from the beginning. In War on Two Fronts Col. Hughes writes movingly of his No-Slack battalion at war in Iraq. The war got off to a bang for Hughes, when his brigade command tent was fragged by a Muslim sergeant in the 101st, leaving him briefly in charge of the brigade. Amid the nighttime confusion of 14 casualties, a nearby Patriot missile blasted off, panicking nearly everyone while mistakenly bringing down a British Tornado fighter-bomber. As Hughes' battalion forged into Iraq they successfully liberated the city of Najaf, securing the safety of Grand Ayatollah Sistani and the Mosque of Ali, while showing an acute cultural awareness in doing so that caught the world's attention. It was a feat that landed Hughes within the pages of Time, Newsweek and other publications. The "Screaming Eagles" of the 101st Airborne then implemented creative programs in the initial postwar occupation, including harvesting the national wheat and barley crops, while combating nearly invisible insurgents. Conscious that an army battalion is a community of some 700-plus households, and that when a unit goes off to war the families are intimately connected in our internet age, Hughes makes clear the strength of those connections and how morale is best supported at both ends. Transferred to Washington after his tour in Iraq, Hughes then writes an illuminating account of the herculean efforts of many in the Pentagon to work around the corporatist elements of its bureaucracy, in order to better understand counterinsurgency and national reconstruction, which Lawrence of Arabia characterized as "like learning to eat soup with a knife." To read this book will help understand the sources of mistakes made-and still being made-and the process needed to chart a successful strategy. Written with candor and no shortage of humor, intermixed with brutal scenes of combat and frank analysis, this book is a must-read for all those who seek insight into the current war in the Mideast. 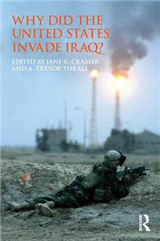 Why Did the United States Invade Iraq? 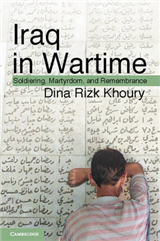 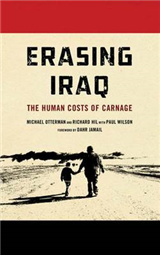 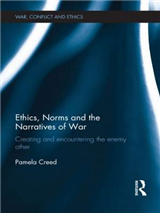 Ethics, Norms and the Narratives of War: Creating and Encountering the Enemy Other 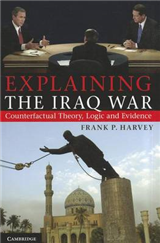