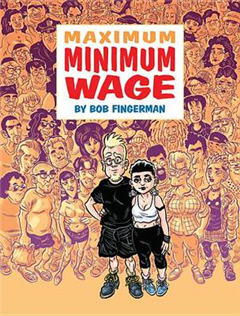 Tweet
During its run in the mid-'90s, Minimum Wage racked up critical accolades and a devoted following, numbering among its fans Patton Oswalt, Marc Maron, Dana Gould, Scott Aukerman, Margaret Cho, Janeane Garofalo, David Cross, and more. Why? Because each page boasted sticky, uncomfortable truths drenched in bleakly familiar humor. It was "cringe comedy" before the phrase had been coined, presaging squirmy shows like Louie and Girls. Set in a New York so real you can practically smell it so claimed Mike Mignola, Minimum Wage is the workaday saga of cartoonist Rob Hoffman and his firebrand girlfriend, Sylvia. He churns out strips for smut rags and off-brand MAD knockoffs and she languishes managing a hair salon. With their colorful crew of friends, they forge ahead against the brutal indifference of their hometown. This definitive edition includes the original 72-page "pilot" episode Minimum Wage Book One and the revised "director's cut" of the main storyline. Plus, a bonus color section featuring original cover paintings and guest pin-ups by Mike Mignola, Kevin Nowlan, Dave Johnson, Jill Thompson, Dave Cooper, Glenn Barr, and others.Now featuring an introduction from Walking Dead creator Robert Kirkman! 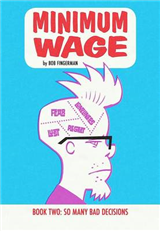 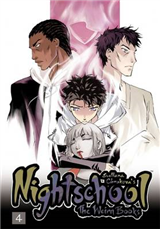 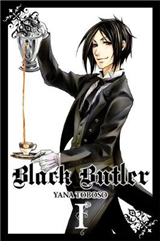 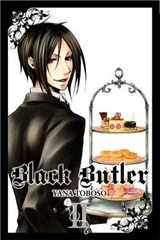 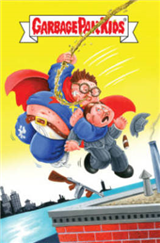