A new exhibition at Holyroodhouse in Edinburgh celebrates the role of Poet Laureate, from John Dryden to Carol Ann Duffy.  Poetry for the Palace includes the first public display of a handwritten letter from the Queen Mother to her friend Ted Hughes.  Each new Laureate is given a butt of sherry, and Hughes promised to donate a few bottles, prompting the Queen Mother to write:

The exhibition assembles original manuscripts and rare editions that poets have been presenting to monarchs since John Dryden was appointed by Charles II in 1668, and also features manuscript version of poems in poets’ own hands.  Current Laureate Duffy commented, at the opening of the exhibition:

"It is fascinating to see how we change as poets. The deference and the spin-doctoring of the early laureates has gone as the role has evolved."

Poetry for the Palace runs to 2nd November. 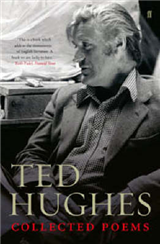