Launched in 1971 as the Whitbread Literary Awards before Costa took over in 2006, the Costa Book Awards honour some of the most outstanding books of the year by authors based in the UK and Ireland. There are five categories – Novel, First Novel, Biography, Poetry and Children’s Book – with one of the five category winners chosen as the overall Costa Book of the Year, which will be announced on the 27th January 2015 at a ceremony in London. 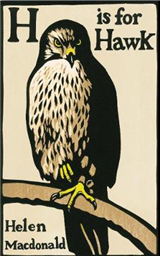 As a child Helen Macdonald was determined to become a falconer. She learned the arcane terminology and read all the classic books, including T.H. White’s tortured masterpiece, The Goshawk, which describes White’s struggle to train a hawk as a spiritual contest. When her father dies and she is knocked sideways by grief, she becomes obsessed with the idea of training her own goshawk. She buys Mabel for £800 on a Scottish quayside and takes her home to Cambridge. Then she fills the freezer with hawk food and unplugs the phone, ready to embark on the long, strange business of trying to train this wildest of animals.

What the judges said: “A beautifully-layered memoir centred on nature and survival in superlative and original prose.”

Also shortlisted -  Roy Jenkins: A Well-Rounded Life by John Campbell, The Iceberg: A Memoir by Marion Coutts and Do No Harm: Stories of Life, Death and Brain Surgery by Henry Marsh.

The category winners are:

Winner - How to be both by Ali Smith.

This is a novel all about art’s versatility. Borrowing from painting’s fresco technique to make an original literary double-take, it’s a fast-moving genre-bending conversation between forms, times, truths and fictions. There’s a renaissance artist of the 1460s. There’s the child of a child of the 1960s. Two tales of love and injustice twist into a singular yarn where time gets timeless, structural gets playful, knowing gets mysterious, fictional gets real – and all life’s givens get given a second chance.

What the judges said: “Dazzlingly imagined and daringly inventive, it’s both resonant and moving.”

Also shortlisted – The Lives of Others by Neel Mukherjee, House of Ashes by Monique Roffey and Nora Webster by Colm Tóibín. 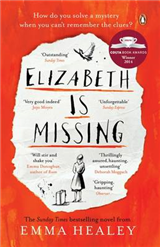 Maud is forgetful. She makes a cup of tea and doesn’t remember to drink it. She goes to the shops and forgets why she went. Back home she finds the place horribly unrecognizable – just like she sometimes thinks her daughter Helen is a total stranger. But there’s one thing Maud is sure of: her friend Elizabeth is missing. The note in her pocket tells her so. And no matter who tells her to stop going on about it, to leave it alone, to shut up, Maud will get to the bottom of it. Because somewhere in Maud’s damaged mind lies the answer to an unsolved seventy-year-old mystery. One everyone has forgotten about. Everyone, except Maud...

What the judges said: “Utterly captivating and original.”

Winner – My Family and Other Superheroes by Jonathan Edwards

Edward’s superheroes are a motley crew. Evel Knievel, Sophia Loren, Ian Rush, Marty McFly, a bicycling nun and a recalcitrant hippo all leap from these pages and jostle for position, alongside Valleys mams, dads and bamps, described with great warmth. Other poems focus on the crammed terraces and abandoned high streets where a working-class and Welsh nationalist politics is hammered out. This is a post-industrial valleys upbringing re-imagined through the prism of pop culture and surrealism.

What the judges said: “Joyful and dynamic – a collection that’ll make you laugh and make you think.”

Also shortlisted – The Whole and Rain-domed Universe by Colette Bryce, A Double Sorrow: Troilus and Criseyde by Lavinia Greenlaw and The Cartographer Tries to Map a Way to Zion by Kei Miller.

Winner – Five Children on the Western Front by Kate Saunders

This is an epic, heart-wrenching follow-on from E. Nesbit’s Five Children and It stories. The five children have grown up and World War I has begun in earnest. Cyril is off to fight. Anthea is at art college, Robert is a Cambridge scholar and Jane is at high school. The Lamb is the grown up age of 11, and he has a little sister, Edith, in tow. The Sand fairy has become a creature of stories ...until for the first time in 10 years, he suddenly reappears. The siblings are pleased to have something to take their minds off the war, but this time the Psammead is here for a reason, and his magic might have a more serious purpose. Before this last adventure ends, all will be changed, and the two younger children will have seen the Great War from every possible viewpoint – factory-workers, soldiers, nurses and ambulance drivers, and the people left at home, and the war’s impact will be felt right at the heart of their family.

What the judges said: “A beautifully-written exploration of the power of love in the face of the horrors of war. Elegant, funny and profoundly moving.”

Also shortlisted – Running Girl by Simon Mason, Listen to the Moon by Michael Morpurgo and The Ghosts of Heaven by Marcus Sedgwick.